A Review of the film, “Loving” 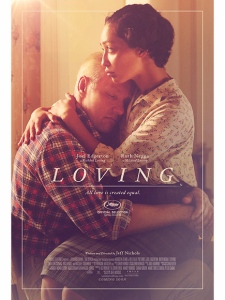 In June 2011, joined by my two nieces, we traveled to  Caroline County, Virginia hoping to locate the grave of Great Grandmother, Ellen Allen. We learned that Ellen is buried in a cemetery in the small Virginia town of Milford.  We searched  several cemeteries, traveling many of the lazy roads where occasionally the landscape of fields and farms has rarely changed over the last hundred years. We failed to find her grave but vowed to return.

We knew little of Ellen’s life  except that she may have been an indentured slave. She bore two children–my grandmother Marissa and her brother, Uncle Willy. The birth of Ellen’s two children continue to be part of our family’s ancestral lore: Their strong Caucasian features verify that Ellen was probably impregnated by a white man.

Then a few months after our sojourn to Virginia, Caroline County came back into my life when in early 2012 HBO broadcast a documentary called “The Loving Story”. Directed by Nancy Buirski it would become the basis of a new film released in 2016 simply called “Loving” currently showing at the County Theater in Doylestown. By strong coincidence the couple in the documentary, Richard–a Caucasian and Mildred Loving–African American/Native American and Caucasian also lived in Caroline County. Caroline County has a significant population of this tri-racial mix.

This past Sunday December 4, there was a special showing of “Loving” at the County, followed by a Q&A with one of the actors in the film: Christopher Mann who plays the role of Theoliver Jeter, Mildred’s father. The film depicts Mildred Jeter and her marriage to Richard Loving in 1958. It brings to the screen a dramatic interpretation of their struggle that resulted in the June 27, 1967 Supreme Court decision overturning Virginia’s law that banned interracial marriage. The actor Ruth Negga slips into the soul of Mildred, bringing to the screen a quiet woman who shortly after their illegal marriage is briefly jailed, causing both of them to move to Washington, DC. It is the Civil Rights Voting Act of 1964 that opens the way for their legal challenge that ultimately reaches the Supreme  Court. Played by actor Joel Edgerton, Richard holds on to a tempered demeanor that never waivers as he sticks to Mildred like glue. 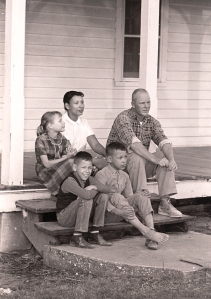 Mildred and Richard bore three children. The Life magazine photographer, Grey Villet (played by Michael Shannon). Villet visits the family and his photographs that ultimately appear in the magazine portray exceptional images of a family that is surviving even as their lives are cascading around them. Bernard S. Cohen, an attorney with the American Civil Liberties Union (ACLU) is the first on board the lawsuit later joined in the case by Philip J. Hirschkop. Don’t expect a lot of court room drama. This is a subdued interpretation of an event where I felt as if I was right there with the Lovings. Filmed in Caroline County, the scenes brought back memories to me of rolling through this part of Virginia where rustic clapboard houses are dotted among newly planted fields.

Chris Mann, who plays Theoliver Jeter, is a local actor whose home is Chester Pennsylvania.

His film history includes stints in The Wire, Michael Clayton and our own The North Star written and directed by Doylestownian Philip Thomas. When Mann was asked how he grasped the role of Theoliver Jeter–Mildred’s father–he spoke about his family that was originally from North Carolina where he often visited. This gave him a foundation to play that steady patriarch Theoliver. He shared that while on the set of “Loving” he often listened to a four-hour tape recording of his grandmother who described her life as a North Carolinian African-American. It helped him “… get into character.”

Another questioner asked him to offer his reflections on the timing of “Loving” considering the current divisive political climate. Mann was born in 1964 just as the Civil Rights movement was taking place but knew of its importance from what he heard growing up. “My focus was to play the father” adding that it should not be discounted that there is relevancy “… with the film’s release” at this time.

Both Lovings are dead but the legacy they left remains: In 2015 the Supreme Court ruled allowing same sex marriage.

“Loving” is scheduled at the County until this Thursday. It has hit the big screen Just In Time.

One thought on “Just In Time”